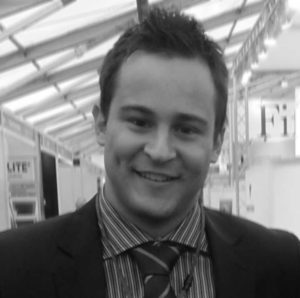 Research:
Andronikos joined Marine Scotland in 2012 and is currently employed as a Research Scientist in Offshore Renewable Energy based in Aberdeen. His role is to provide scientific advice to the Licensing Operations Team by assessing Environmental Impact Assessment documentation submitted in support of ap 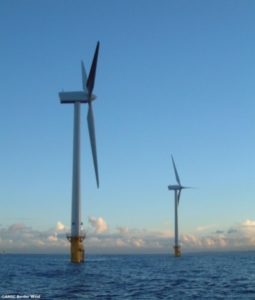 plications for offshore renewable energy developments. He also provides specialist advice to Marine Planning and Policy Division on interactions between the marine environment and the marine renewable energy industries. He holds a BSc (Hons) in Marine Science from the University of Aegean in Greece, has graduated with a MSc in Applied Marine Ecology from the University of Aberdeen and currently undertakes a part-time PhD in Marine Renewable Energy and Marine Spatial Planning with the same university.

As part of his PhD research, he is developing an assessment framework for the planning and management of ocean space, as well as mitigation of space competition between marine resource users. In Scotland, spatial overlap between emerging offshore wind farms and commercial fishing activity may impede access to traditional fishing grounds. Consequently, fishermen may re-allocate (displace) their fishing effort to alternative sea areas with lower profits and/or less reliability in catches. Inter-sectoral interactions between commercial fisheries and offshore wind energy developments in the East coast of Scotland are used as a case study to develop a fisheries displacement spatial modelling tool. This study develops a hierarchical spatio-temporal model for fishing effort distribution. The model involves a Gaussian Markov Random Field (GMRF) through the Stochastic Partial Differential Equations (SPDE) approach and adopts the Integrated Nested Laplace Approximation (INLA) algorithm. Multi-year spatio-temporal data for Scottish fishing vessels are sourced through the Vessel Monitoring System (VMS) and used in the model. The effect of relevant covariates as well as time and space dependence is modelled in a Bayesian framework. 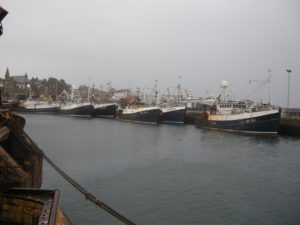 Validation of the model outputs is undertaken with current fishing patterns. The model provides highly disaggregated and quantitative evaluation of effort limitations resulting from closed areas (e.g. offshore wind farms) and incorporates predictions of how fishing efforts will be relocated with high resolution in time and space. The project will benefit the sustainable sectoral planning for offshore renewable energy in Scotland and will support the mitigation of impacts from existing offshore energy developments on the fishing sector.

Teaching:
Course coordinator at the School of Biological Sciences, University of Aberdeen for the course “Applied Spatial Information Analysis” of the Master “Applied Marine and Fisheries Ecology” since 2013.