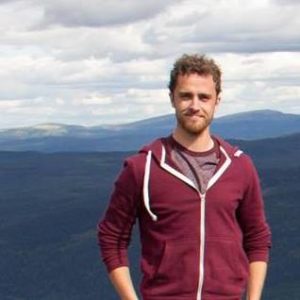 Master thesis title: Where is the refrigerator? A spatial approach to wolverine food hoarding behavior in Scandinavia

Research experience:
It is generally known that wolverines cache food for later use. However, few studies have been dedicated to describing it. During my master thesis I used various spatial and statistical approaches to describe the food hoarding behavior of the wolverine. I concluded that 1) wolverines spread their food caches spatially, defining them as scatter hoarders., 2) wolverines select for open alpine habitat with open or scarce vegetation to place their caches in, 3) the distance between food caches and sources was most influenced by the species that killed the prey (further if the prey animal was a wolverine-killed ungulate), and 4) wolverines cache during the whole year. These conclusions add to the overall understanding of wolverine ecology, and might thus aid in the conservation of the wolverine in the light of climate change.

I am currently working on a manuscript to publish these findings, while applying for PhD positions in spatial (wildlife) ecology. My intention is to continue with the application of both spatial and statistical approaches for the benefit of wildlife research and -conservation.