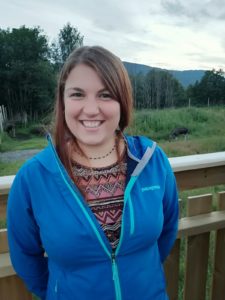 Description of research for master thesis:
During my Master thesis, we performed a capture/mark/recapture pilot study in Central Alps, comparing small mammals assemblages in three close-by open sites above tree line at the same elevation, but with different habitats (rocky scree, grassland and shrubs). We then compared the results with an analogous study performed in the same sites in 1997. For each site, small mammals were identified by fur-clipping over six independent trapping/release sessions during summer/fall 2016, determining species, age, sex, and recording biometric measures. We performed a Redundancy Detrended Analysis (RDA) to analyse small mammals association within a given habitat, both for 1997 and 2016, considering only the first capture event for any individual/site/session. We then adopted a Generalized Linear Model (GLM) approach to model individual weight between habitat sites and over time (i.e. in the six sessions).

We found that within the small mammals zoocenosis the most relevant species were bank vole (Myodes glareolus) and snow vole (Chionomys nivalis), both in 1997 and 2016. These species in 1997 were sympatric over the three sites, whilst in 2016 they were only associated in the scree habitat. These results indicated the presence of bank vole, a typically forest species, in a high alpine environment. This suggests a possible upwards habitat shift of this highly plastic species, that may modify sympatric species habitat use. We speculate that the association change observed in 2016, with snow vole shrinking in its optimal habitat (scree), may be consequence of bank vole increasing adaptation to these environments, potentially leading to direct or indirect inter-specific competition. We conclude that a medium- or long-term monitoring of small mammals assemblage is needed to verify all these hypotheses, in order to disentangle climate change impacts on small mammals community from stochastic demographic fluctuations typically occurring in these species.