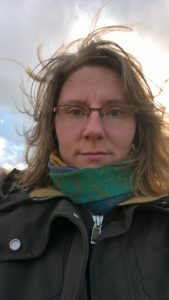 Description of research project:
Two subterranean freshwater amphipod species have been discovered in Iceland, Crymostygious thingvallensis (Kristjánsson & Svavarsson, 2004) and Crangonyx islandicus (Svavarsson & Kristjansson, 2006). These species are found within the volcanic active zone in groundwater springs. Genetic patterns within C. islandicus show different monophyletic groups in different geographic areas which indicates that the group has survived repeated glaciations in Iceland (Kornobis et al., 2010). The genetic pattern points to distinct groundwater systems within Iceland which might be characterized by distinct microbial fauna as well. Little is known of this groundwater ecosystem and nothing is known about its other species apart from our recent findings of ciliate epibionts on C. islandicus from two orders, Apostomatida and Philasterida (Gudmundsdottir et al. in press), nor the food source of the amphipods.

To explore this system further we study the microbial community in in the groundwater, the hyporheic zone and in the amphipods by targeting 16S and 18S RNA using the Illumina MiSeq high throughput sequencing technic (Degnan & Ochman, 2012). The focus has been set to the possible food source and symbiotic organism of the amphipods and variation of the microbial community in groundwater springs.