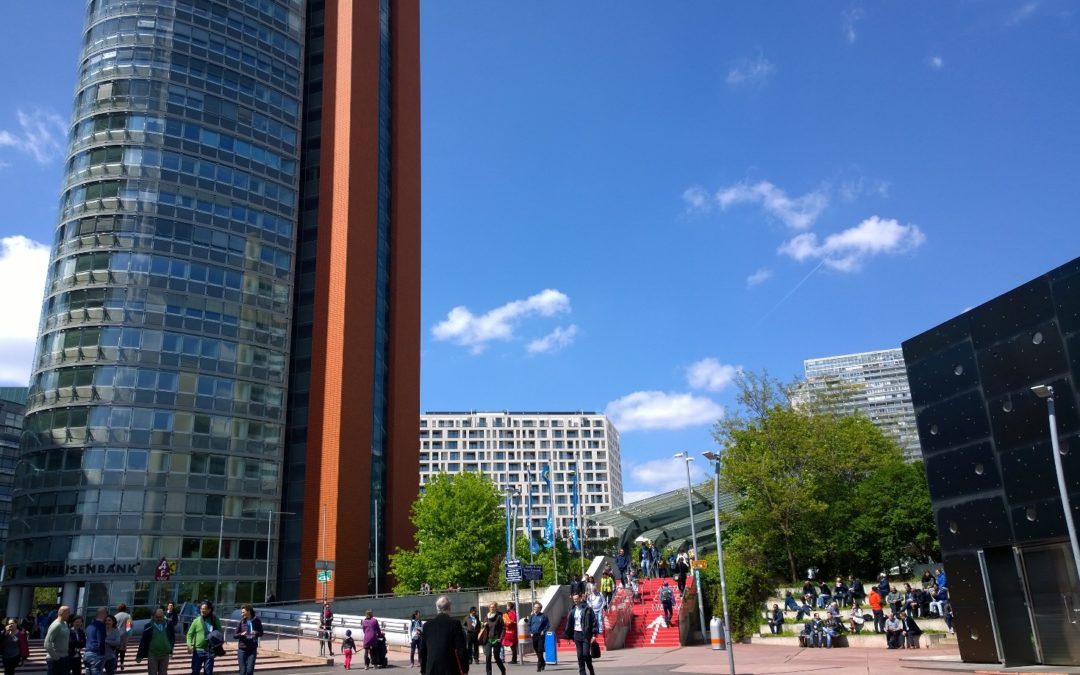 In April 2017, I went to Vienna, Austria, to hold an oral presentation at the EGU General Assembly 2017 about the “Whole System analysis for Bioenergy Crops and their Impact on Ecosystem Services in Europe” that forms part of my PhD project “Modelling impacts of second generation bioenergy production on Ecosystem Services in Europe”. I am very thankful that IRSAE was able to sponsor parts of my travel costs as this was a really interesting week for me. The EGU General Assembly is the largest Geosciences conference in Europe. 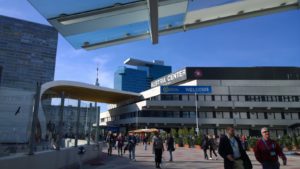 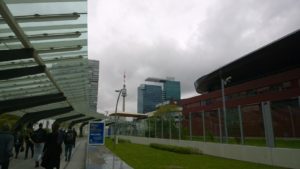 My presentation was scheduled for Monday afternoon, what a great beginning of the conference week. It was part of Session ERE1.2 Energy and environmental system interactions – Policy and modelling. This session was really interesting because of its interdisciplinary nature. Each presenter had a slightly different view and all presentations added up to a large overlook in the end. 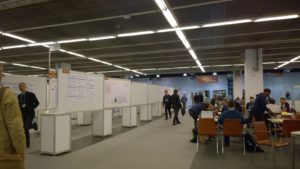 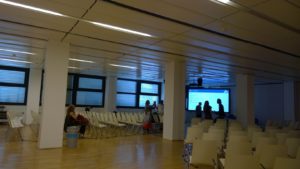 For students, there were some special networking events. On Tuesday evening, a reception for Early Career Scientists (ECS) was held at the venue. All EGU medal and award winners joint the reception to make this an interesting and potentially career relevant evening for the ECS. That same evening, my PhD supervisor Prof. Pete Smith held the Philippe Duchaufour Medal lecture, talking about his career and how much more fun working in soil sciences is then having a proper job ?. 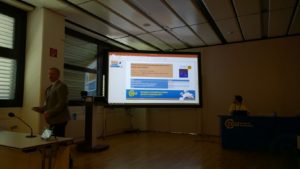 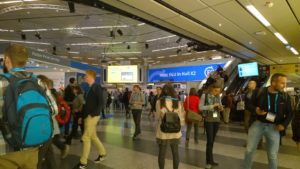 During the week, the days were filled with lots of talks and poster presentations between 8:30 am and 7 or 8 pm. For me, days were full of interesting talks, meetings with fellow scientists and a lot of running around between the different venues. There was also a wide abundance of short courses on offer. The topics ranged from big data science, soil data networks, working with ArcGis and Python to topics like writing research grants or communicating climate change to sceptics in the era of Trump and Brexit. These courses are a really good way to get some insight into topics, without taking up too much time from the remainder of the conference.

Apart from the conference itself, attending a conference in Vienna presents the possibility to do some sightseeing too. All around the conference are the city skyscrapers but the city center with old houses and cultural venues is not far with the underground. 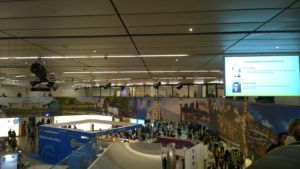 If you get a chance to attend the EGU General Assembly for the first time, here are some tips: Be prepared that it is not easy to find someplace for lunch in or around the center without waiting in line for ages. There is an app which should make life and finding presentations easier but I had to make do with the daily newsletter because the app is only for Apple and Android phones. Make sure that you take advantage of the student networking events offered. Try to get a hotel near an underground so that you can cross the city as fast as possible. And last but not least, enjoy being in this wonderful city.